...is still building but playing a little too. 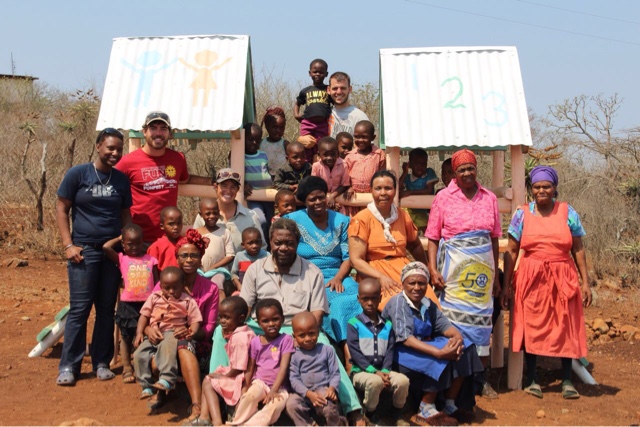 We are never more fully alive, more completely ourselves, or more deeply engrossed in anything than when we are playing.” -Charles Schaefer

Well…we’re still building. In fact, we’re building even more! In the past three weeks we have built 4 playgrounds around the Lubombo region, and started a fifth one just today. That's a quite a few long hot days and nights sleeping on concrete floors, but it has definitely been worth all the effort, including the day it tipped 101° in Ntandweni. I'm a little biased, but I would say our playground at the neighborhood care point in Maphatsindvuku has been the best so far! That's completely outside of our doing though, we had a lot of great people come and give their time, energy, and spare materials during our two day build.

We built a smaller version of the playground than what was initially designed because most of the kids are between the ages of 3 and 5, but they play harder than most kids their senior. Now, instead of playing with shoe cars and imaginary tea sets, they have swings, a tire swing, two mini towers, and soon some fun and games on a learning wall! It's been a long time since we facilitated and participated in the playground training in July but it's all come together now and it's a wonderful thing. I really don't know how to explain what it's like seeing kids playing on something built specifically for them for the first time, some of you parents out there will undoubtedly remember, but it's a fascinating thing to see a group of happy kids start defining themselves through play. Some are adventurous, fearless, and bold while others are timid, cautious, and careful. Some become great pushers while others become great swingers. Eventually they all level out, the bold helping the timid figure out the ladder, the swingers reciprocating the efforts of the pushers on the tire swing. (The tire swing is apparently much less intimidating, I seem to remember most injuries of my childhood on the tire swing however…) The whole playground becomes a beautiful chaos of tiny children with huge smiles. A cacophony of laughter and screams and short siSwati phrases that seem to me to say “Let's do that again!”. It's amazing to watch, exhausting to get in the middle of, and wonderful to reflect on at the end of the day. We can only really say thank you to all those people who came out to help us, brought us something to make the job easier, or let us play with them for a couple days while we worked around them. (We’ve learned beep beep is the best child speak for excuse me) 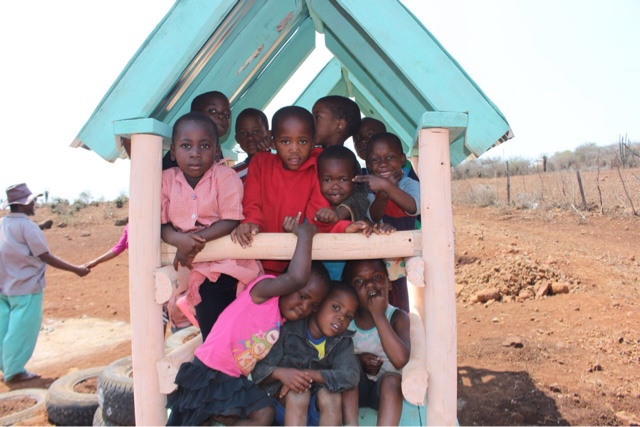 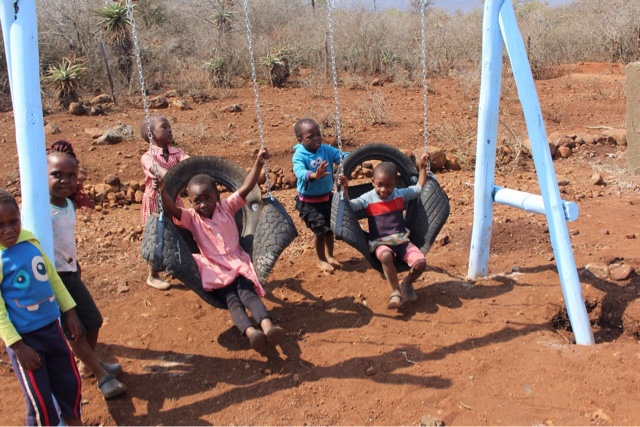 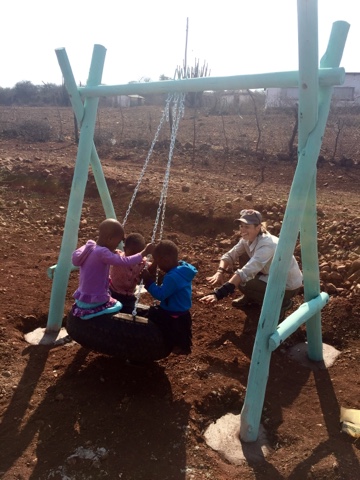 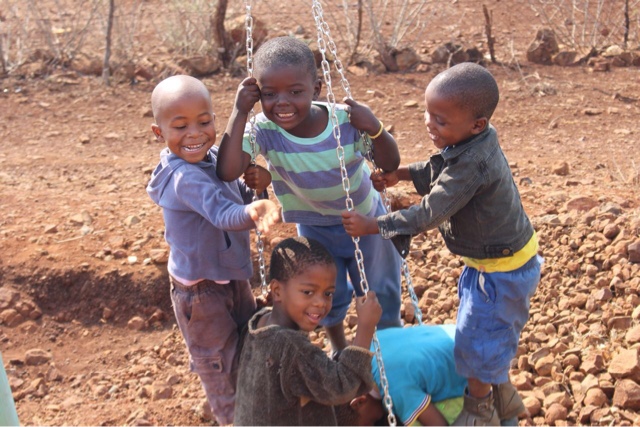 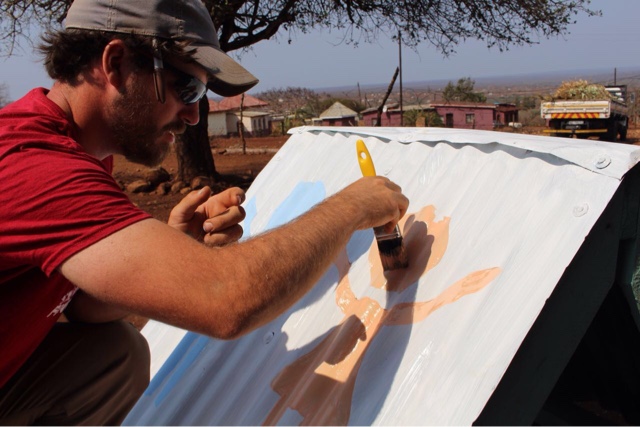 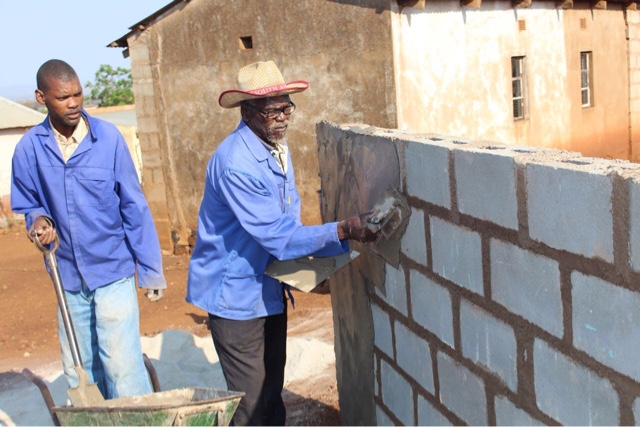 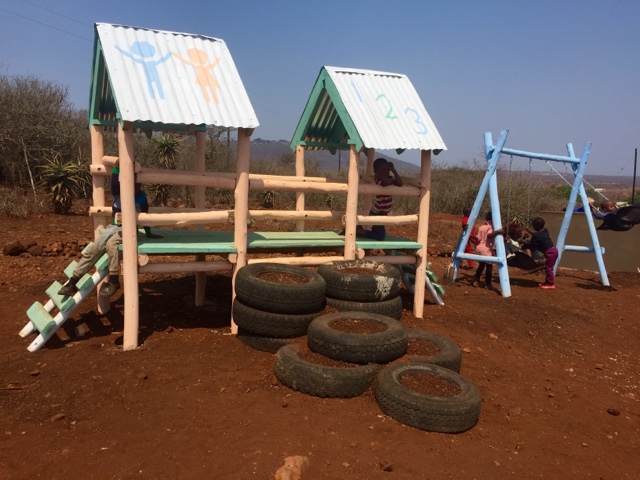 Speaking of thank you’s though we had another great time this week as we passed out 500 bookmarks at the primary school! It was the final cap to a very rewarding library project, and the bookmarks were distributed just in time because we got a call earlier this week saying the librarian is ready to commence the check out process! (Keep our librarian in your prayers because supervising that process for 500 students and teachers with no experience is a Herculean task, one which she is so excited to take on!) We handed out the bookmarks grade by grade at assembly with the help of a few teachers and it was a great sight seeing proud children with bookmarks overhead ready to read! So thank you very very much to Make Collins and all of the family and friends who helped craft and put a little love in 500 bookmarks! Siyabonga kakhulu kakhulu!!! 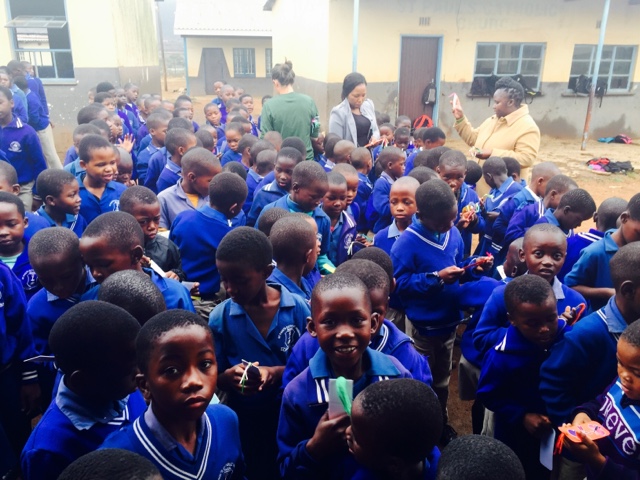 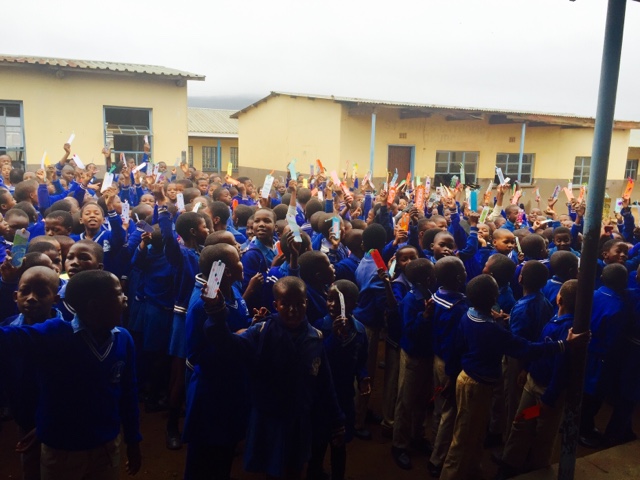 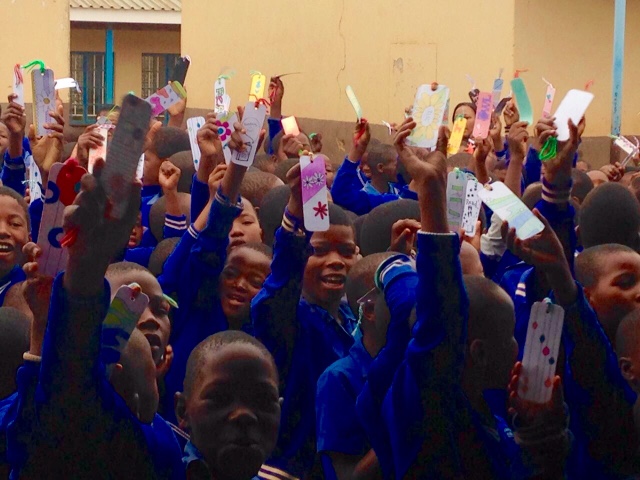 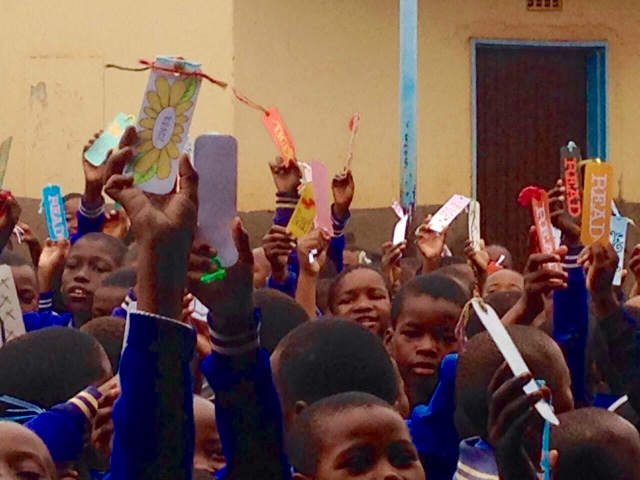 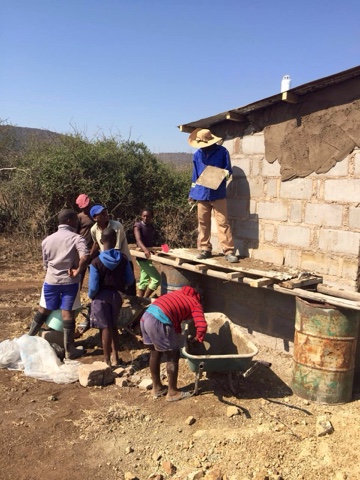 Remember that moment two blog posts ago when we were so bored we didn't even know what to do with ourselves? Well that time is most certainly over. Over the past few weeks we have been working on renovations at the church we attend in KaLanga. We have been approved by the umphakatsi (only a 3 hour wait time for Sipho this time) to build our community playground at the NCP that I love. We will build 4 playgrounds over the next two weeks in fellow volunteer communities and we will be visited by friends from America for a few days starting tomorrow! It feels sane to be busy again.

Before September comes and goes I want to take a moment to speak about the church project we are currently in the midst of at Christian Revival Church. I could talk extensively about how grateful and blessed we were to find this church home last November, but it would take too long and my focus here is to explain the ongoing project. We had been contemplating helping our church finish the renovations needed on the building we attend church in every Sunday. We know with all our hearts they are so deserving of the assistance and we selfishly want to leave Peace Corps knowing we had a lasting impact, and this was something that could give us that gift. With some help from generous people back home we set out to buy materials for the latrines, plaster and paint the building, flooring, and electricity. The work would have to come from the congregation. Our first day of work occurred last Friday. Over 30 people showed up to help. We figured that we could rally some people for the Saturday as well and then maybe plan for a few weekends ahead to have another work day. Plans change, as we keep assuring you nothing ever goes to plan here in this small country. People came in droves on Saturday, boMake, bobhuti, and bosisi working all day in the hot sun. Everyone fed, in Swazi custom, a full meal at the end of the working day. Sunday, day of rest, we came to church with an almost finished latrine house. Sean spoke his word of thanks to all those who came and spoke about how we are all apart of the Body of Christ, loving one another, able to do immeasurable things through God.
Either we way underestimated our expectations or Sean's testimony of thanks rallied people into action, because we worked Monday, Tuesday, took Wednesday off (umphakatsi day), purchased electrical supplies Thursday, and are back at work today laying a concrete floor. We are told that the plan is to finish the floor and all the plaster by Tuesday. I wish you could be here to witness the joy and the work. I wish you could see the smiles on our faces from our inability to keep up with the pace of material needs. Our pastor "does not want to disappoint those who believe in the church". I am proud to say that being disappointed is not in the cards for those who have supported this project. 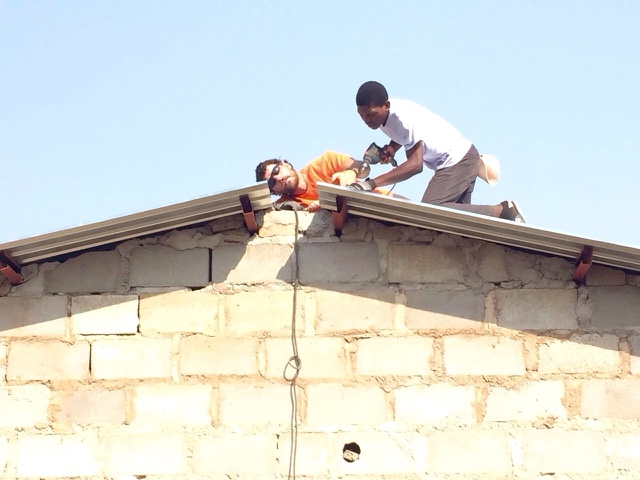 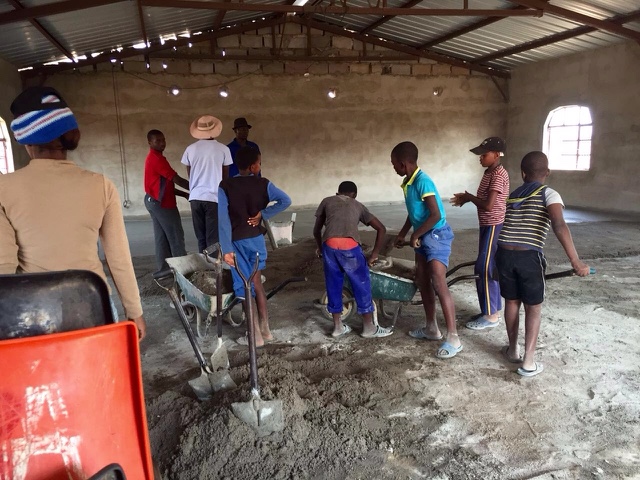 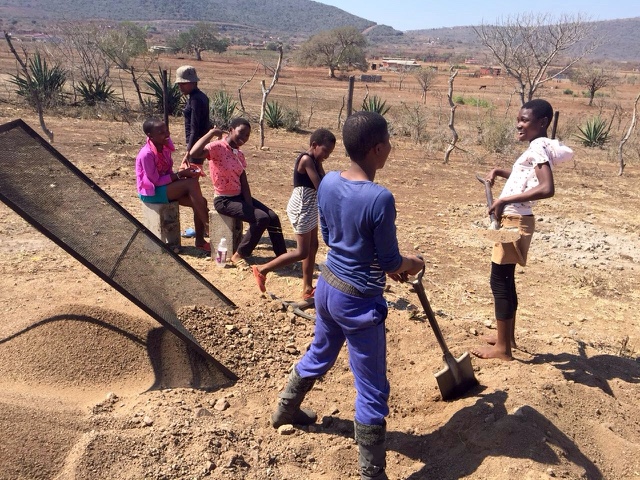 "For just as in one body we have many members, and all the members do not have the same function, so we who are many are one Body in Christ, and individual members of one another."
- Romans 12: 4-5