"The good you do today will often be forgotten. Do good anyways." -Mother Teresa 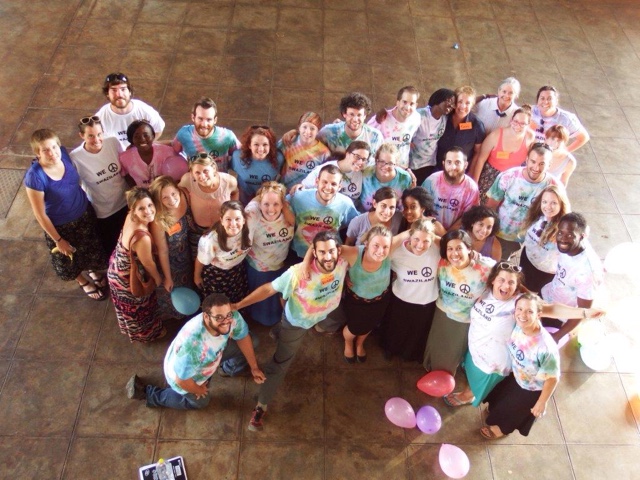 As I write this post I am sitting in a cafe (trying to stop sweating) waiting on Sean to come meet me so we can go back home. The reason that Sean is not by my side at this moment is because he was elected to our Peer Support Identity Network (PSIN) and had 2 days of training. PSIN is a group of 8 volunteers that are tasked with supporting the needs of our group and the new group coming in June. Within the group of 8 Sean was then elected president. So basically I am married to the most popular guy in Peace Corps Swaziland! In all seriousness, he is perfect for the job and all staff and volunteers are thrilled with his new title.

I truly believe we are about to get busier. I can feel it in the air. The past two weeks have been spent at a Peace Corps training, mostly consisting of follow up on subjects that were covered in the June to August training. I would be frustrated with the repetition of information given however, the weeks proved to be an amazing opportunity to learn about fellow PCVs' project ideas. Not only does our group share ideas they encourage participation from others. Talking with volunteers really amped us up to begin thinking outside the box of what projects we could do within our community. I will keep those project ideas a secret for now, just trying to keep you on your toes. We hope to share in the next few weeks about a few projects we have planned for December!

I am not sure if everyone is aware, but there is a severe drought throughout the country currently. It is actually affecting a good portion of lower Africa and much conversation revolves around the issue everyday. This is rainy season for Swaziland, but there is no rain. We have mentioned in previous blog posts about the dryness of our area and the large amount of cattle dying due to lack of water and greenery. After a conversation on a khumbi with a well informed government official the crisis will get worse before it gets better. Quote, "the cows will die, the goats will die, the chickens will die and then the people will start dying". I tell you this with a few requests in mind. First, pray for rain. Second, pray for the elderly, young, and sick who will be the most affected population. Third, pray that we are able to do good work despite our lack of ability to change the situation.