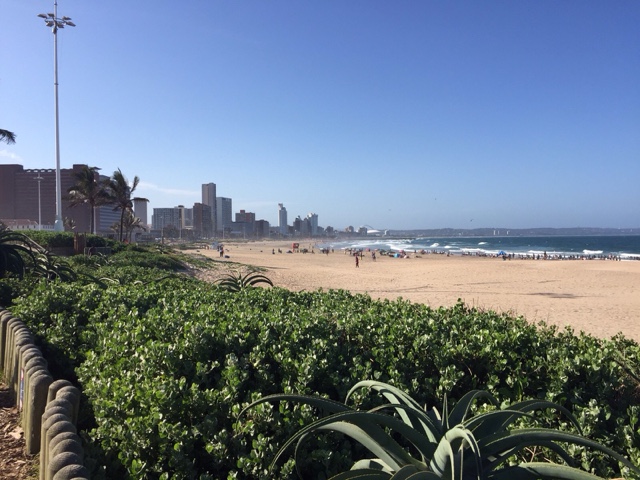 Happy New Year to you all! We rang in the new year in Durban, South Africa, about a 5 and a half hour drive from Swaziland. With a few friends we took public transport from Manzini to Durban with no hiccups at the border and more than one bathroom stop (which was of concern prior to leaving). We arrived in the afternoon on the 30th and Sean quickly memorized the layout of the city and we were off! Our first stop was Mitchell Park, just a little ways up from our hostel. The park was full of families, games, and flowers (which we don't see much of) and had a small zoo in the middle of the park. We paid our 10 Rand entry (around .75 cents) and had a blast looking at the birds, reptiles, and small mammals that lived there. We were lucky to see the common raccoon as part of the exhibit, the only animal representing North America. Don't worry everyone, its vulnerability status read, "of no concern". After the park we went for dinner and drinks at Taco Zulu with a few of of friends and called an early bedtime so we could head to the beach the next day. 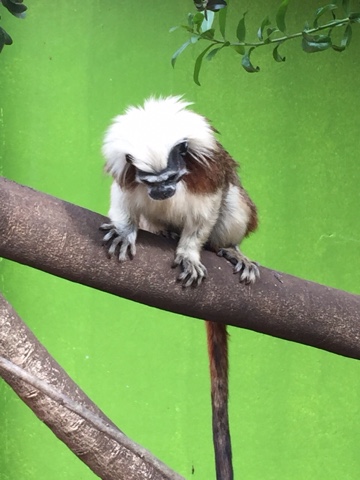 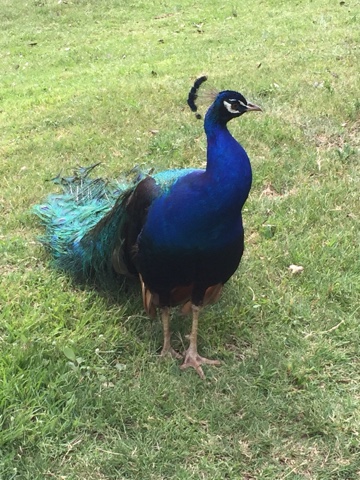 Thursday we woke early because I had talked Sean into walking to Victoria Market. It was about a 4 mile walk and so we decided to walk most of it on the Golden Mile. Many people were out running and walking along the beachfront boardwalk. We turned into the city and it was similar to walking through China Town in New York. Finally arriving at the market, it was not at all what we expected. We spent no time there, called it a loss and went to get coffee and chocolate muffins on the beach to make up for our failed adventure.

We spent the next few hours at the beach and friends joined us. There are long stretches of beach that are open to the public, great bathrooms, and life guarded swimming areas. We walked down the boardwalk a mile or so to a sea food restaurant. Listening to reggae music and eating fish and chips was a definite win. We window shopped and headed home to get ready to ring in the new year. 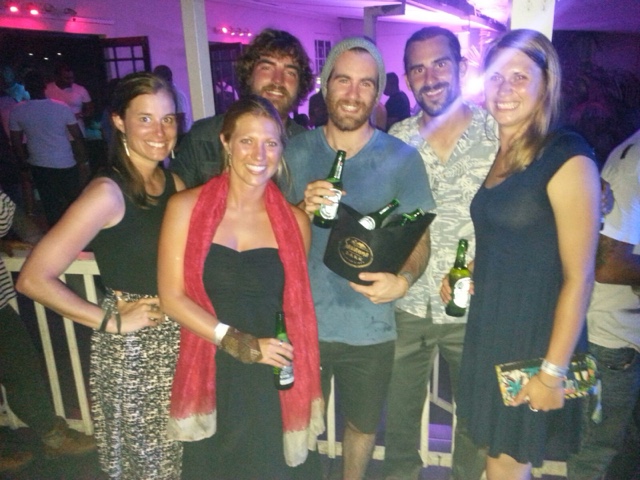 On the 1st we tried again to lay at the beach. We had gotten some sun the day before and the sun on the 1st highlighted the burn from the previous day. As our friend put it "this day is beating me", so we gave up and went to get coffee. After coffee Sean and I split off to go visit the botanical garden. It was beautiful and peaceful and made me more aware of how little I know about foliage. We ate at Drop Kick Murphy's yet again because most restaurants were closed on the 1st and ended day one of 2016 well. 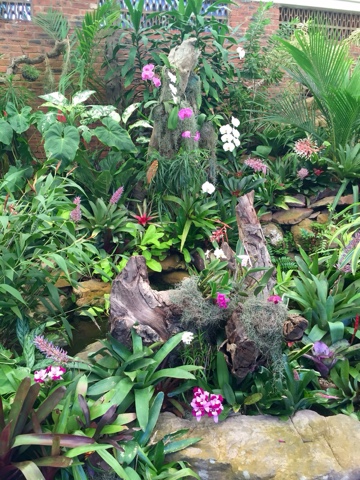 We are now back home where rain still hasn't come and most everything is drying up. We are getting ready for more trainings, finishing our skillz camp and planning garden trainings for the next month. Happy 2016 everyone, we hope everyone has a New Years resolution to come visit us! 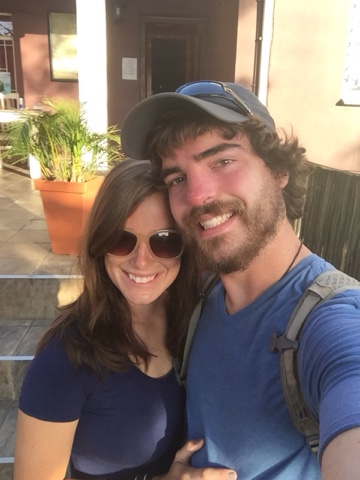