"I make myself rich by making my wants few."
-Henry David Thoreau


Wednesday, July 15th: Today started out behind. We were supposed to catch a bus at 7:00 am to SIMPA Campus. But long story short our bus was broken so we ended up on the community bus and stole all of the residences’ seats. Those damn Americans. Arriving at 9:00 am we began the day discussing sexual assault and reporting. I honestly feel like the Peace Corps Swaziland staff is well versed and well equipped for any type of violence against volunteers. I know after class others felt the same. Next, we spent time discussing mental health and ways to prevent stress, depression, and anxiety. Our post has two female doctors. They are truly wonderful and we can honestly say again that we feel safe in their care. After a short lunch of oranges and peanut butter and banana sandwiches we returned to talk about sexual reproduction and sex education in Swaziland. This, to me, did not hit far from home. Southern culture is seemingly similar to Swazi's reaction to sex. They don’t talk about it and no one is doing it. With an outlandishly high teenage pregnancy rate, teaching abstinence is clearly not the key. With an extremely high HIV/AIDS rate in Swaziland, government facilities would have to bend as well in order to see numbers decrease. Now off of my soap box, we made it home with the intention of cooking donuts and huevos rancheros. Clearly it was successful (this is where you look at the pictures below and clap)! We also got two tables from the Peace Corps which means we are now prepping and cooking on a table and not on the floor. So all in all a very productive night! Hope all is well with you. 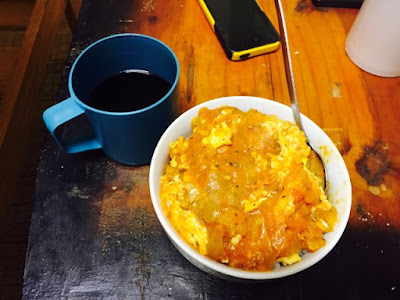 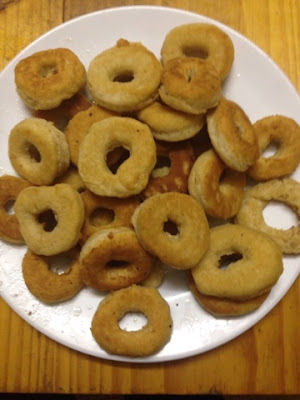 Thursday, July 16th: There isn't much to report today. We had language this morning where we learned how to talk about our education and travel experience, so we have now rounded out the first half of our language proficiency interview (introduction, work, education, hobbies, and travel). We also learned the 14 adjectives in the siSwati language…yes there are only 14, all other adjectives as we know in the English language are called relatives and they are treated completely different than adjectives. It was an interesting contrast in our two languages but I think we have grasped the concept, now it's all about practice! After language we were carted away to SIMPA via our normal bus, thankfully no mechanical issues today. We had a session before lunch on gender equality and women empowerment which brought up some startling statistics, and unfortunately this is an issue in Swaziland that seems to be making very little headway. There are several devoted groups though working on gender equality and it seems that the progress made has been monumental even if not necessarily far-reaching. During lunch, Grace went for a run and I went down the road towards Mahhala to get us some vegetables from one of the sipaza stands selling such. On my way back from picking up some spinach, green peppers, and apples I stopped and got “chicken dust” from a roadside brie. Chicken dust is just chicken “dusted” with a variety of spices and then barbecued on a homemade grill. The chicken is then served with lipalishi or pap as it's also known, and it makes for quite a delicious lunch. Our post lunch session was a cultural one focusing on religion and the Peace Corps. We learned the background of Christianity in Swaziland and it was quite interesting but I don't think I'll ever finish this post if I attempt to cover such a subject in detail as we learned today. Long story short, Swaziland is a Christian nation with very strong ties to its traditional past, which makes Grace and I all the more elated to have found a church like the one we go to with our family. After the session we returned home to start prepping Ryan’s Infamous Butternut Stew (a fellow G13 trainee). Considering neither of us have ever cooked with butternut, what we ended up was a definite win. The stew was amazing and our bosisi thought so as well because we took the pot over to share at dinner. Grace and I both really love being able to share things with our umdeni at dinner. That was the close of our day though, we’ll see what tomorrow brings.

Friday, July 17th: Happy 28th wedding anniversary mom and dad! Hope it is a good day. I love you super duper and so glad that you were married so so so long ago so you could have three totally awesome children, me being the most awesome of course! Back to me. Today was a good day. First, let me say, you know you are in rural Africa (Swaziland to be exact) when your husband rips his shirt on a bag full of  cow manure and your first thought is, “Yes! I can totally turn that into a dish towel now”! Yes, that was the highlight of my day. Except for the veggie omelet Sean made me this morning. That was pretty amazing. Anyways, today we put into practice what we learned about permagardening. Tarah and James Ingram, a young married PCV couple walked us through the process of building a permagarden. The whole process really amped us up to build our own garden at our permanent sight, so watch out people who come to visit, we will put you to work! During this hands on learning process is the time when Sean ripped a hole in his shirt. Small, but unrepairable. We reuse everything – hence my above statement. I would post a picture of our garden, but we still have work to do. So instead I will post a picture of the compost pile we built. A little less cool, but very helpful, this compost pile is made of natural items. Only plant life, because food scraps attract animals. Clever huh? I need to mention another aspect of the day. The wind. There was apparently a “wind storm” last night that scared a lot of volunteers. After living in Boone, North Carolina very little regarding cold or wind can affect our lives. However, I will end with a picture of my dirty dirty feet. You need to be aware that I was not only wearing closed toe shoes but also well made socks. Sean and I both found the aggressiveness of the wind very interesting when we realized it could penetrate through two layers of fabric. Today was most certainly a body night in terms of bathing. On to tomorrow! 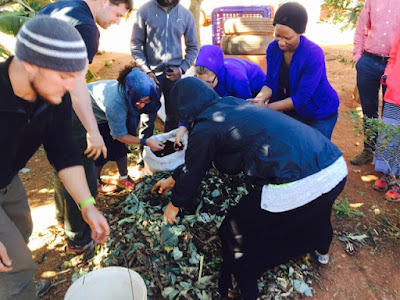 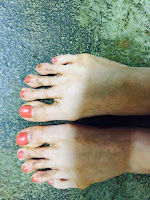