...wins some and loses some.

"Courage doesn't always roar. Sometimes courage is the quiet voice at the end of the day saying, 'I will try again tomorrow'". -Mary Anne Radmacher


Saturday, July 18th: Everyday in Africa requires a mission. Not like a top secret mission or anything but an important mission none the less, or that's how I like to think of it. Most days require water missions, some days require food missions, other days require latrine missions. Such is life here. You skip a mission for a nice relaxing nap and before you know it your laundry mission is hell. Today's mission however, was a fun mission. Today we went on a food mission (we ran out of wine and eggs, oh and not having a sponge gets really annoying) that involved our first public transportation mission. I was a little nervous. Grace was really excited about the sponges. And so our mission began.
We got up at 8:00am enjoying our off day and sleeping in a bit, but by 8:30am I was out on a water mission asking our sisi, Simiso, all sorts of questions that would be pertinent to the success of our food/public transport mission later that day. I was informed that the cost of the bus ride was 6 emalangeni and it would drop us off at a siteshi near SIMPA that we were familiar with and which left us with a brief twenty minute walk to Spar, our target for our food mission.  The bus would come to the sitolo in Sihhohhweni at 11am so we had plenty of time to get ready and practice some siSwati as well. In the middle of our study session there was a knock on the door, Simiso had come to our door to inform us that her older brother, Nkhosingiphile (Ngiphile for short), would be leaving for his home in the south at 10am, and that he and his wife would be happy to drive us into Mahhala. We readily accepted the offer and planned to just take the bus back home upon completion of the food mission. So yes…we may have cheated a little, or a lot, depending on how you feel about 50%. We didn’t care though, we were happy to share the ride and talk about the weather. Ngiphile is sure that he would die in a Tennessee winter. Once we arrived in town we walked to Spar to gather up what we needed and browse a little since the bus home wouldn't depart until 1pm and it was about 10:45am. We left Spar very successfully and we even managed to snag a couple candy bars for our bosisi. We headed back to the main shopping complex where we stopped in for lunch at Galito’s. After lunch, with plenty of spare bus change on hand, we walked to the siteshi about 20min away. We arrived at the stop at 12:30pm and settled in to wait for our bus. Simiso had advised us to ask the Swazi's at the siteshi if any of them were going to Sihhohhweni, and then simply fall in with them. However, having already cheated a little and having displaced all the locals from the community bus a few days ago when our private one broke down, we were confident that we could pick out our bus when it came. Sure enough an hour later, and after Grace had time to study all the siSwati verbs we know, our bus came and we heard the conductor shout eSihhohhweni. We boarded the bus confidently and then fumbled our way to the rear to take a seat, backpacks and grocery bags intact. We were wondering when and if we were going to have to pay when about halfway home the conductor rose and starting collecting money. He made his way smoothly down the aisle asking what seemed like random people to pay random amounts of money. This guy ten emalangeni, that guy 8 emalangeni, this lady 9 emalangeni…we were just about to go digging for our wallets when he made it to us and Grace asked “Malini?” or “how much?”. He said 6 emalangeni a piece. We paid no problem and then started an interesting discussion amongst ourselves because we could not see any sort of system that would allow the conductor to know who paid and who didn't and who owed how much from one stop and who owed how much from the next. Not a single complaint arose from any of the passengers however so we resided to let our discussion subside and continue on in peace. Also because if you don't focus on the road for too long you tend to get sick. After half an hour we arrived at the sitolo in Sihhohhweni and we exited the bus, successfully completing our 3rd mission of the day. We found our family both relieved and proud that we had navigated the Swaziland bus system by ourselves and efficiently, as our entire trip only took about 3 and a half hours. We studied a bit and Grace went on a laundry mission, which I later joined, before we used the feta cheese we acquired during our food mission to make skillet pizzas for dinner. They were delicious. However, now we’re all missioned out, and I'm beginning to smell cinnamon apples for dessert so…over and out from Swaziland.
Oh wait, I suppose I have to go on a bathing mission… 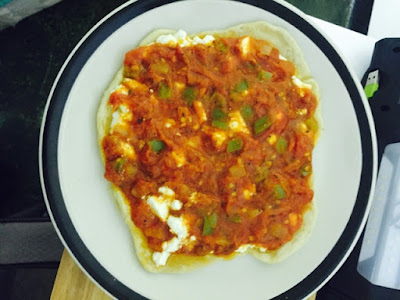 Sunday, July 19th: I really dislike body day. For those who have forgotten, Sean and I rotate between hair day and body day in order to maintain some form of hygiene and cleanliness. Don't get me wrong, I am super happy to have the ability to try and stay clean. But my opinion of body day is just that, just a  try. In order to bath you technically need soap and water, which I have. Space and containment of water is what I am lacking. Usually I end up with left over soap or patches of dirt on my body. This change of pace is a definite change of character for me, being an overly clean freak. I try to compensate for my every other day fail of body day. We have “house shoes”, as in I make Sean wear different shoes in the house as to not track mud in or bring muddy feet into the bed. I bought wet wipes yesterday. What a great purchase, yet I'm afraid they will be all gone soon. I have a “dishwasher”, meaning I dedicated a pot to put other dirty pots in. I have a hand washing station, expectations for teeth cleanliness, and a smell test for shirts wore more than once. Often I have jokingly told my mother, from who I inherited this over-awareness, that cleanliness is an illusion. I am finding more and more that is in fact true. So body night will continue, because falsifying cleanliness will save my sanity.

Monday, July 20th: There’s no way around it…today has been a rough day. It wasn't rough because we had a long day of lectures on the history of Swaziland, behavior change, and culture. It wasn't rough because it was abnormally hot at lunch time when we went running. It wasn’t even rough because Khombi, our 16yr old sisi, caught me buying a beer after dark at the sitolo (it's for cooking *wink). Today was rough because we had our first Peace Corps trainee ET. For those of you who don’t know, ET stands for early termination and it is rarely talked about in the Peace Corps society but it is something that occurs with every group of volunteers. It was rough because we are all family now, we all look out for each other, and we all pick each other up when one is down. This particular family member we all thought was one of our strongest. A vibrant, poetic, uplifting individual with a hearty smile and a big heart. It shocked us all that he left, but nobody would ever dare blame him for it. We just wanted to say goodbye and farewell, good luck in all things, and thank you for being a part of our family. It was a rough day because we lost a dear friend, a brother in our Peace Corps family. As Grace and I sit here solemnly reflecting and thinking of our friend, and of those closest to our mutual brother, it's hard not to be down. We knew that an ET was inevitable during our service, and I'll go so far as to say that there were others strugglingly more outwardly than he, but we didn't know what impact it would have. It serves as a reminder to us all of the commitment we are making, and the gravity of it all. We all have things that pull us home, but we all have hearts that keep us here. We listen to both sides of this metaphorical coin, neither side ever being wrong.

With love to our families be it McCord, Collins, Shabangu, or Peace Corps,